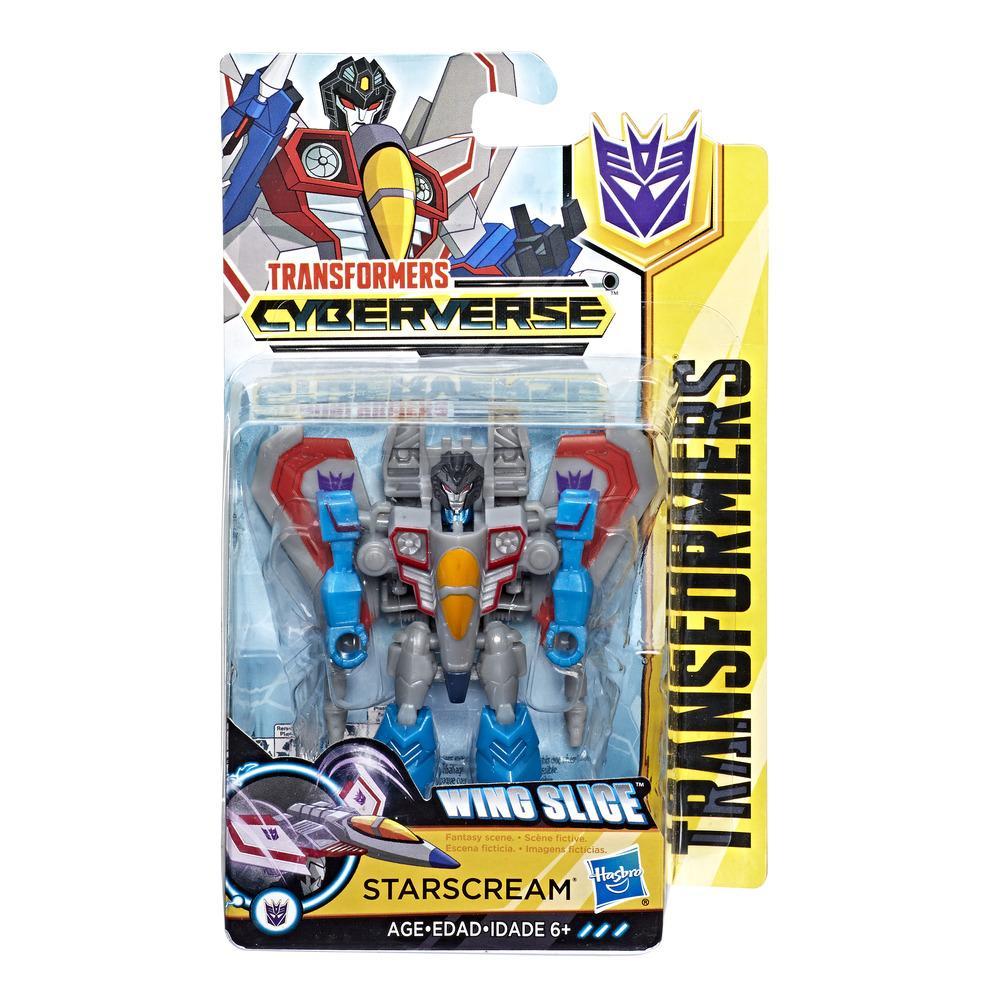 Starscream conducts air attacks as the scheming second-in-command for the evil Decepticon army.