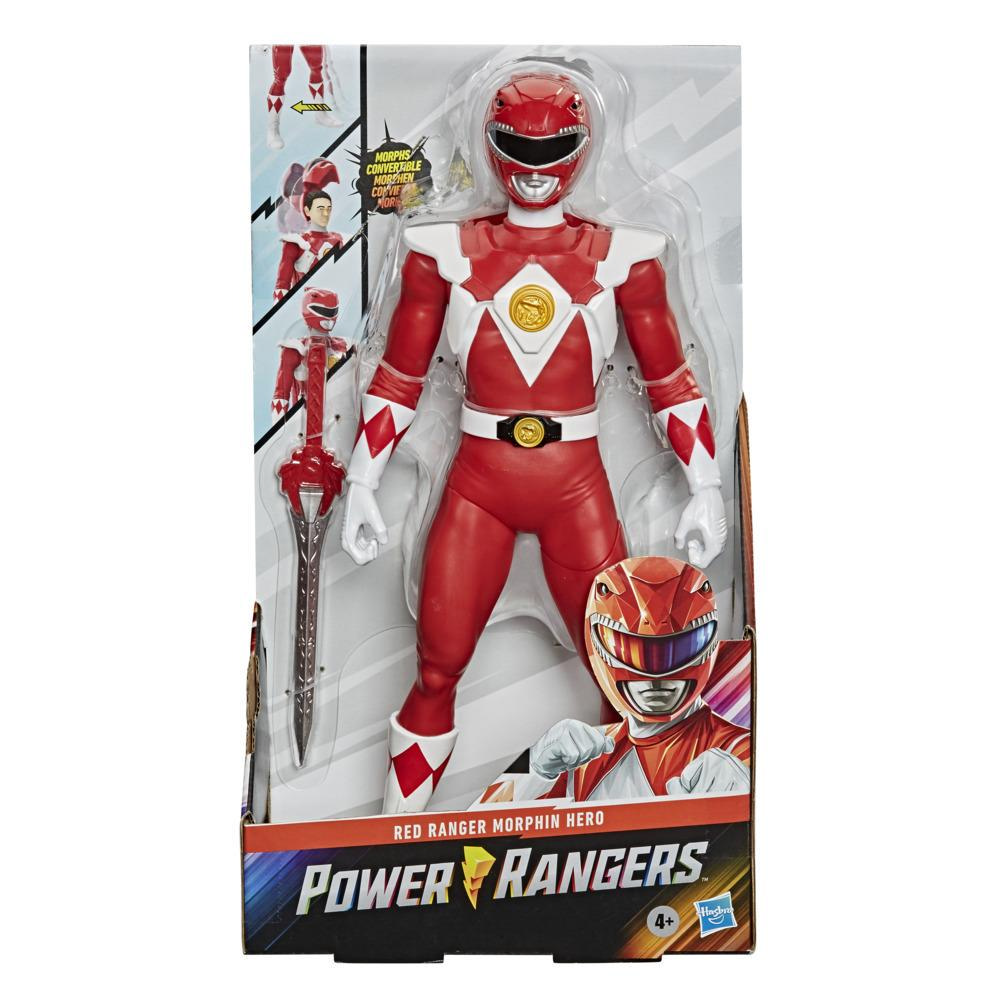 The Red Ranger leads the Mighty Morphin Power Rangers team and uses his powers to battle his enemies.

ITS MORPHIN TIME! From the Beast Morphers back to the original Mighty Morphin Power Rangers, the Power Rangers have brought teamwork, action, and adventure to generations of fans. The legacy continues with figures, vehicles, collectibles, and roleplay toys from Hasbro, celebrating Ranger teams from over 25 years. Imagine all the action of Power Rangers with toys from Hasbro! (Power Rangers products each sold separately. Subject to availability.)

ITS MORPHIN TIME  Squeeze the Red Rangers legs together to activate the helmets morphing action to get this hero battle-ready. Kids can imagine big action with this 12-inch scale figure