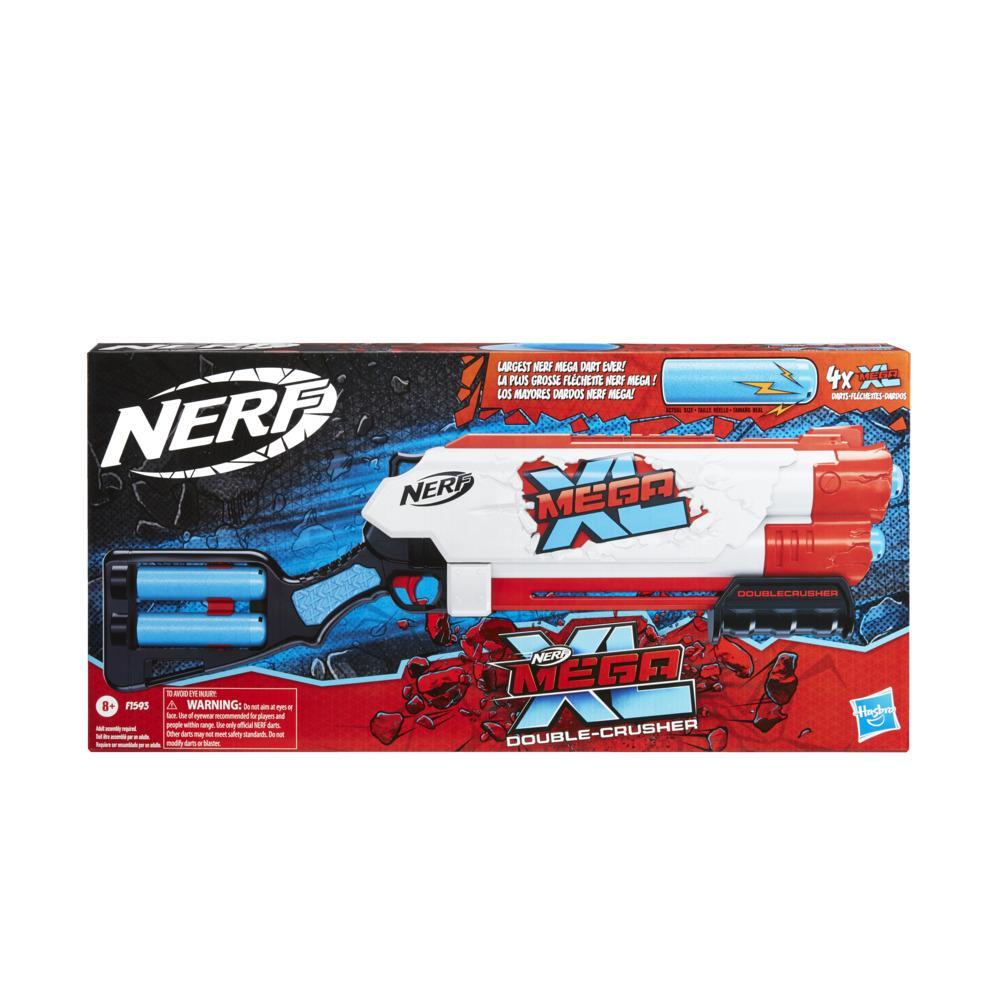 When you're ready to make your Nerf battles bigger than ever, gear up with Nerf Mega XL blasters, featuring the largest Nerf Mega darts ever! And when these monster-sized Nerf Mega XL darts fly through the air, they make a whistling sound. The competition will see and hear them coming -- and will know that you're in this battle to win big. The pump-action Nerf Mega XL Double Crusher blaster has 2 barrels and fires 2 darts in a row. Load a dart into each barrel, prime the blaster, and pull the trigger to fire 1 dart. It has onboard dart storage so you can keep darts nearby for fast reloads. The blaster is designed with smash-into-action details which let everyone that youre changing the size of the battle! Includes 4 Official Nerf Mega XL whistler darts. Eyewear recommended (not included). Nerf and all related properties are trademarks of Hasbro.